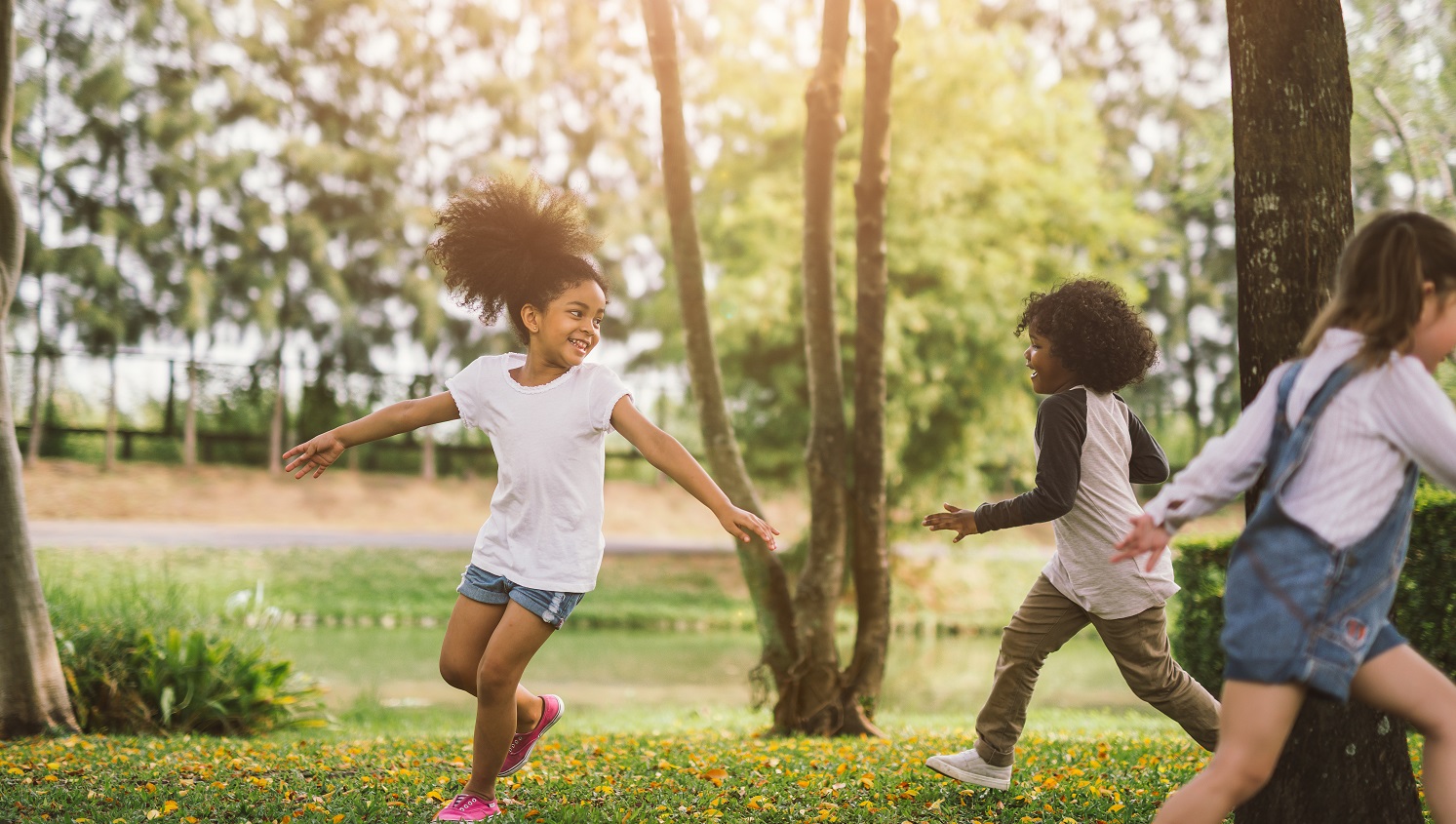 In the northeast quadrant of Rochester, New York sits a vacant stretch of land considered unsafe and unsuitable for development. Formerly the McLaurie Quarry in the early 1900s, the land was later used as a public dump before eventually being filled and deemed unsafe due to contaminated soil and unstable ground.

This former quarry-turned-public landfill is in the Beechwood neighborhood of Rochester, a place where people historically lived and worked. French’s Mustard was manufactured in the adjacent EMMA neighborhood (an acronym for the streets East Main, Mustard, and Atlantic) until the 1970s, and housing was built nearby to accommodate workers and their families. 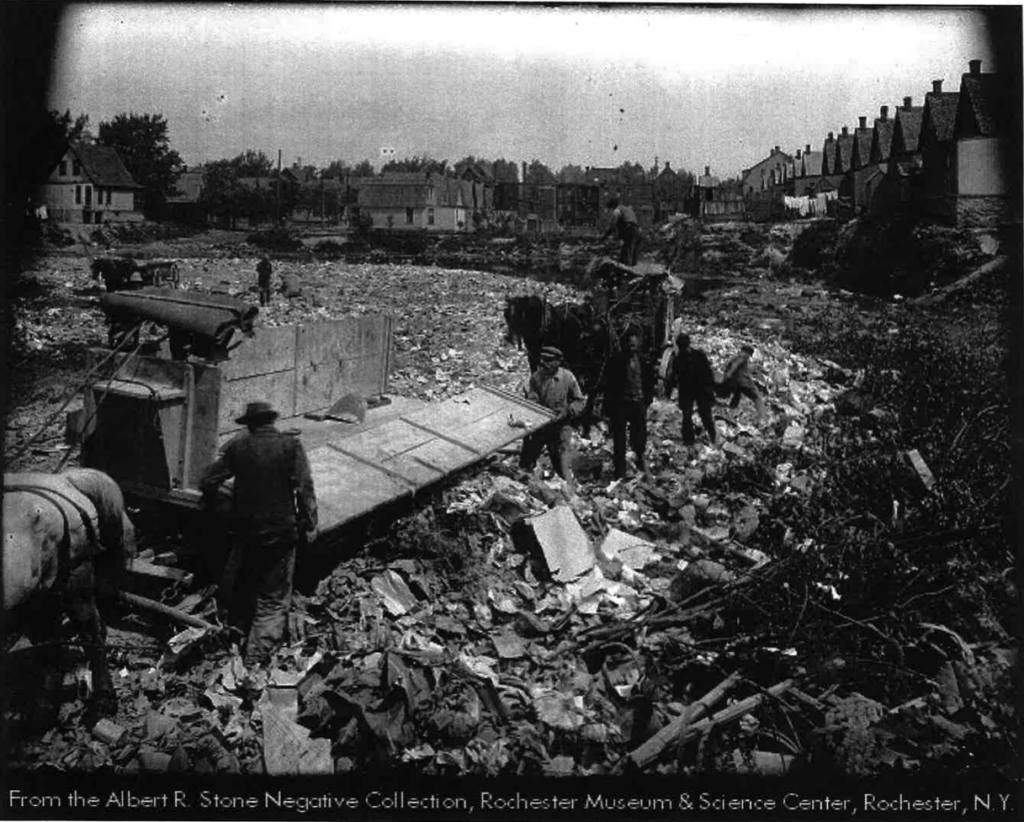 Today, over 70% of EMMA and Beechwood residents are people of color, with a majority identifying as Black. Residents face an aging housing stock, high rates of child poverty and health consequences at higher rates than city- or county-wide. Long periods of discrimination in banking and development throughout the 20th century systemically denied predominantly Black neighborhoods access to the resources and supports that help communities thrive and compounded the environmental injustices EMMA and Beechwood residents endured.

Despite the structural challenges facing the EMMA and Beechwood neighborhoods, a place-based analysis of the neighborhoods shows a resilient community ripe with opportunity. High density per square mile suggests the ability to retain new businesses that support residents’ needs. The local School #33 and East High Schools have shown major improvements in the last few years by following the Community School national model. Neighbors are engaging and leading neighborhood beautification efforts thanks to pop-up events curated by a robust Resident Ambassador program.

Connected Communities is a local community development organization with a mission to partner with Beechwood and EMMA residents to break the cycle of poverty through anti-racist community revitalization and equitable resource coordination. By engaging residents and conducting a local analysis, Connected Communities identified the former McLaurie Quarry as an important site for revitalization. Remediating this land and redeveloping the vacant lot could have an important stabilizing impact across the neighborhood, including on neighboring homes and the blighted shopping center nearby. 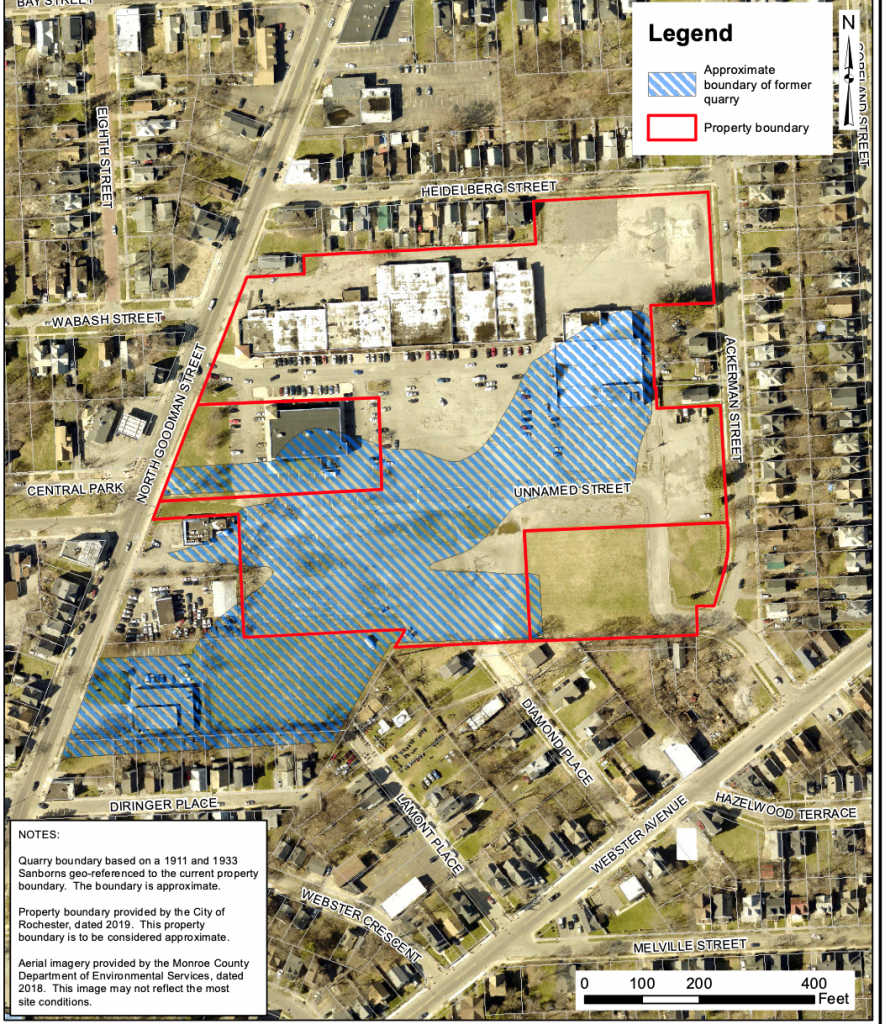 However, siloed funding streams have been insufficient and inflexible to address this costly effort, and as a result there are many open-ended uncertainties about cleaning up the land. These structural questions stymie redevelopment and prevent stakeholders from engaging and coalescing around a feasible development strategy. Without flexible funds, residents continue to face compounding environmental, health, housing and economic disparities while this potential lynchpin of revitalization sits vacant.

The Community Restoration & Revitalization Fund (CRRF) is one potential solution that could catalyze reinvestment at the quarry and accelerate a broader revitalization strategy in the neighborhood. Originally proposed by the Biden-Harris Administration and passed by the House as part of the Build Back Better Act in November 2021, CRRF would create a new grant program at HUD to invest in community-led civic infrastructure. Nonprofit organizations and other local community development stakeholders would be eligible to apply for CRRF grants to accomplish a range of potential outcomes, including, for example: improving neglected land to create new parks and amenities, creating innovative shared amenities, building community wealth and strengthening social cohesion.

In other words, CRRF would create a federal funding stream to parallel the community-led approach Connected Communities has been driving along with residents in Rochester’s EMMA and Beechwood neighborhoods. Stable and affordable housing options are the anchor, and neighborhood residents help prioritize broader social, economic and civic goals for their community.

This structure mirrors the priorities expressed by EMMA and Beechwood residents. A survey of neighborhood residents found that two-thirds of respondents said their block would be most impacted by maintaining and improving current housing, especially by supporting first-time homebuyers. Residents also expressed a strong desire for investment in neighborhood improvements that increase safety and build community pride. For example, residents supported investments in public realm interventions – like community gardens and parks — as a tool to strengthen their neighborhoods, and the local comprehensive plan states that “ideas for beautifying the neighborhood rank highly among resident’s preferences for early actions.”

There are communities across the country in urban, suburban, and rural areas that have strong local nonprofits engaged in community revitalization efforts but that lack the flexible resources needed to unlock this work at scale. CRRF would allocate flexible dollars that would put residents and communities at the center of decision making and vision-setting – to, for example, clean up a vacant lot so that the space no longer impedes redevelopment efforts.

Existing resources can help achieve some of these housing and civic infrastructure goals. LIIF has been a lending partner in Rochester for over a decade through the Rochester Housing Development Fund. This loan fund acquires, rehabilitates and sells foreclosed properties to first-time low- and moderate-income homebuyers. Over nearly two decades this program has created access to homeownership for over 740 low- and moderate-income households and helped stabilize neighborhoods by removing blight. There are also government programs like the Community Development Block Grant (CDBG) and HOME Investment Partnerships Program that direct resources to community development and affordable housing activities through local governments.

Yet too often federal funding streams take for granted the connective tissue between people and places. Improving neighborhoods from the ground up is a time-intensive and resource-heavy process, but also necessary for building authentic community engagement and trust building. CRRF recognizes this reality and would channel resources accordingly – directly to the community-based nonprofit organizations who really know their communities and neighbors, who are leading change on the ground every day.

LIIF, Connected Communities and numerous stakeholder groups across the country recognize that CRRF is an urgently needed resource to complement and accelerate local revitalization initiatives. Now it’s time for Congress to fulfill this promise for communities.