The Black Developer Capital Initiative (BDCI) was launched by LIIF and the National Affordable Housing Trust (NAHT) to support the growth of Black-led affordable housing developers.

Despite strong track records, many Black developers have been systemically denied access to capital that would enable them to build more homes and grow their businesses. The more than $95 million initiative originated through conversations with experienced Black affordable housing developers who called out the common emphasis on personal wealth and liquidity over experience and skillset during the underwriting process led by lenders and investors.

“As a Black developer, I face so many obstacles,” said Gina Merritt, owner and principal of Northern Real Estate Urban Ventures in Washington, D.C. “One of the obstacles I face consistently and continuously is securing financing for my projects.”

The BDCI is comprised of two products: the Line of Credit offered through LIIF, which provides early-stage project financing at a favorable interest rate, and the Low Income Housing Tax Credit (LIHTC) Equity Fund offered through NAHT, which addresses variability in pricing and terms for LIHTC deals due to perceived risks of smaller or less resourced developers.

Predevelopment capital is often difficult for developers to secure without significant personal wealth and is critical to being able to expand businesses. LIIF revised its approach to underwriting for this product, and requires no minimum thresholds for sponsor liquidity and net worth.

“This line of credit is truly transformational for my company,” said Wendy Daniels, president and CEO of Beechwood Residential. “LIIF came to this process truly as a partner…They truly were looking at my experience, my capacity and my track record, and that weighed more heavily than my financials. That’s a totally different process than the typical underwriting process.”

Statistics support these experiences. Black Americans make up nearly half of the people living in affordable homes financed by the federal government, but only 2% of development companies are Black-led, and Black developers earn about $20,000 less in annual salaries than the industry average.

“LIIF and NAHT share a commitment to addressing the affordable housing crisis and are reimagining long-standing approaches to capital deployment,” said LIIF President Kimberly Latimer-Nelligan. “The BDCI is a highly-coordinated source of both debt and tax credit equity, representing a fundamental change in our approach to risk and underwriting. The balance sheet should be one item on a list of possible considerations in underwriting, but not a limiting factor. Our BDCI products support experienced Black developers in expanding their businesses, which will give them a greater ability to serve their communities.”

“Our capital products complement each other, and we’re looking to expand our offerings to support Black developers,” said Brian Robinson, SVP of originations and capital markets at NAHT. “LIIF brings in the early capital that supports developers in the planning and design stages of a project, and NAHT’s capital supports the housing development’s structuring and financing for successful completion.”

LIIF and NAHT are continuously working to better understand access to capital gaps in the market so that we can develop more products and initiatives that will remove barriers to development led by people and communities of color. 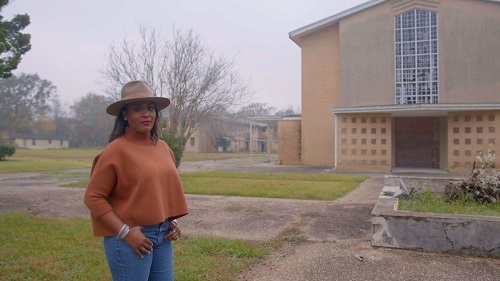 <<< “The truth is: this predevelopment line of credit allows me now to be at the table as a true development partner. It levels the playing field.” – Wendy Daniels, Beechwood Residential

Daniels has been approved for a line of credit through LIIF, which will help to fund projects like Weller Avenue Baptist Church, which is being redeveloped into 50 units of affordable senior housing in Baton Rouge, L.A. 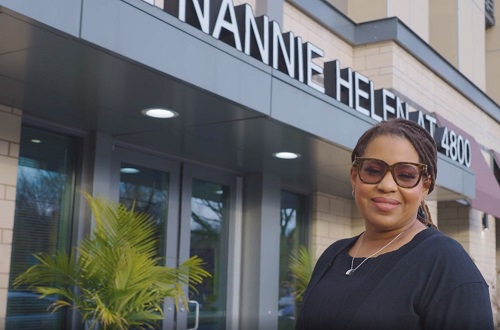 <<< “My firm is now on a different trajectory. The experience I’m having now with partners like NAHT and LIIF will set me on a path to control my own destiny, something I have been unable to do for the last two decades.” – Gina Merritt, Northern Real Estate Urban Ventures

Merritt received LIHTC equity funding through NAHT that will support projects like the Nannie Helen, which created 70 affordable homes for families in Washington, D.C.

Thanks to the Black Developer Capital Initiative funders: