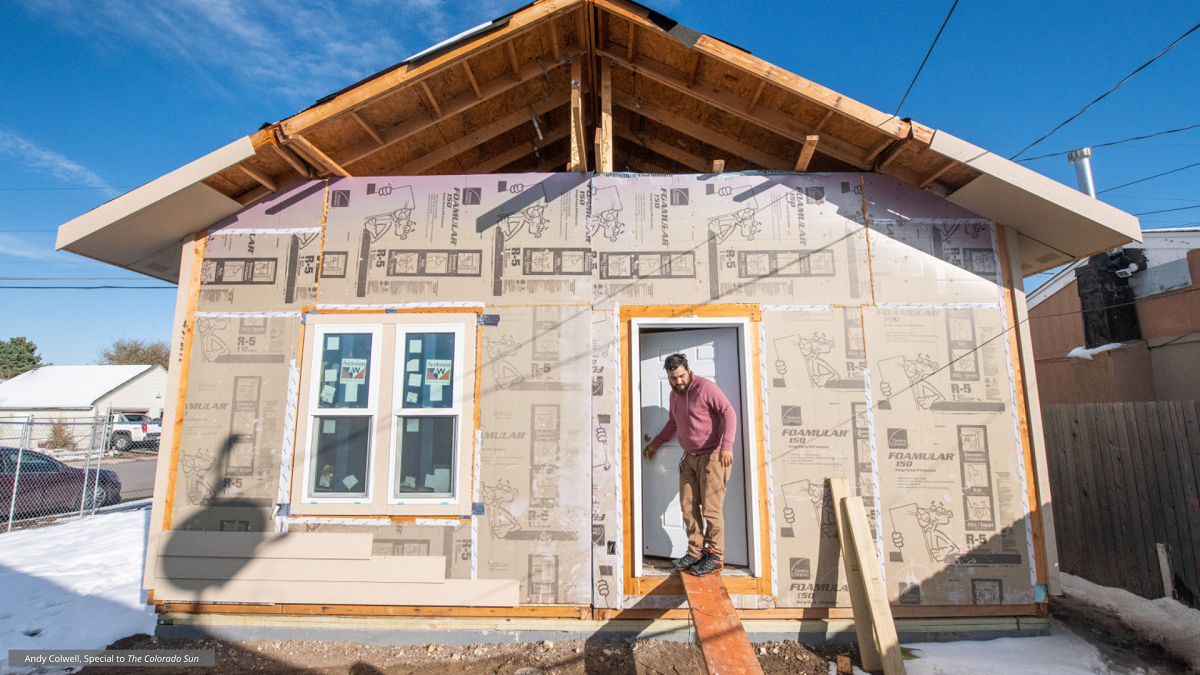 It’s a chilly, clear October day when a crane swings over a single-family home in West Denver, CO, lifting the frame of a studio apartment into the air and lowering it into a backyard. This aerial delivery will soon become someone’s home and provide a second income for the family living in the land owner’s house. To the broader community, this accessory dwelling unit (or ADU) represents a tangible solution – and resistance – to a growing displacement crisis in the area.

ADUs – commonly known as in-law units or granny flats – came into the Denver zoning code in 2010, but the tool was rarely utilized until the West Denver Renaissance Collaborative (WDRC) began looking into ways to stabilize homeownership and prevent gentrification.

“Displacement of longtime residents is gaining steam at an exponential rate in West Denver,” said Renee Martinez-Stone, the director of WDRC. “You have homeowners in this area whose property taxes have tripled since 2011 and have lost their homes as a result. It’s not only a loss to the people who were planning to retire here, but a loss to intergenerational wealth.”

West Denver is a working class area of mostly ranch-style single family homes. For decades, it was an affordable place to buy a home. But from 2015 – 2017 alone, home values (and property taxes) in the area increased 50% while residents’ median household income stayed approximately half of Denver’s average. Currently Denver is experiencing a greater displacement of Hispanic people than any other major U.S. city.

ADUs emerged as a strong solution to address residents’ concerns of displacement after dozens of community listening sessions and a housing assessment led by WDRC. By placing a studio apartment or one-to-two bedroom home in an empty yard or over a garage, residents would be able to earn extra income to cover rising property taxes while providing stable, long-term housing for another family.

The Strong, Prosperous, And Resilient Communities Challenge (SPARCC) was the first organization to invest in WDRC (a member of the Denver SPARCC collaborative, Mile High Connects) when this project was just an idea. “If it wasn’t for SPARCC, we wouldn’t be talking today,” said Martinez-Stone. “The $200,000 innovation grant went into the creation of the program and helped attract more capital. The $250,000 additional capital grant is in place as revolving funds and has been used more than once.”

To date, the program has raised additional funding and is targeting the build of 200 units over the next five years.

LIIF and partners started in the SPARCC initiative in 2016. As an ambitious arm of LIIF’s work, the initiative is allowing us to support innovative pilots cutting to the core of equity issues like the one in West Denver.

Marco* is a longtime Denver resident and homeowner in West Denver. He was grappling with a decision to sell his home to send his daughter to college or cover the mortgage each month. Kevin* also lives in the neighborhood. His family has struggled recently with paying rising property taxes and the emotional burden of the death of a son.

Marco and Kevin learned about the Denver ADU Pilot Program and received financial counseling and land surveying support before deciding to purchase an ADU for their lot. WDRC offers ADUs at approximately $100,000 below market rate and provides streamlined services alongside architects and the planning department. Marco and Kevin both say they plan to use the extra income to keep the property in their families.

“For every ADU built, we’re impacting five households,” says Martinez-Stone. “The homeowner, the family member who inherits the property, and the estimated three households who will live in the ADU over the 25-year affordability restriction.”

To ensure the program is benefitting high-need residents at risk of displacement, either the homeowner or ADU renter is required to earn 80% or below the Denver area median income (AMI) at the time of purchase. Rents are also restricted to 80% AMI.

“This project is representative of the SPARCC theory of change,” says Martinez-Stone. “We have to stop trying to use the tools that are easy to solve every problem. We need to listen to the community directly to answer the hard questions.”